Any AUS or NZ company


deListed and InvestoGain acknowledge the support of ASX and ASA:

Taxation of investment income in NZ

Companies - essentially dividends received are grossed up for various “credits” and included in your taxable income. The company paying the dividends may pass to you the following “credits”:

• “Imputation credits” - that are credits for part of the tax the company has already paid on its profits so the dividends aren’t taxed twice.

• “Dividend withholding payment credits” - that are credits for tax the company paid on dividends it received from overseas.

• “Resident withholding tax” - that is deducted from your dividend to bring the total credits withheld up to 30% of the gross dividend.

Unit trusts - are treated as companies for income tax purposes and unit trust distributions are treated as dividends. If you receive dividends from a PIE or Portfolio Investment Entity that is a listed company, you can chose whether or not to include the dividends in your return.

If you received shares from a taxable bonus issue, non-cash dividend or employee share plan, they are to be included as income.

If you hold more than $50,000 in FIFs (Foreign Investment Funds), you are taxed at 5% (Fair Dividend Rate) of the opening value of the total investment unless the total gain can be shown to be less than 5%, in which event that amount is taxed.

Overall losses are also not deductible which means if you suffer a large loss over a period of a year or so you could subsequently be paying taxes on annual gains while your investment over a period of years may still “be underwater”.

Investments in Australian-resident companies listed on an approved index of the Australian Stock Exchange, such as the All Ordinaries index (the 500 largest listed companies), should be exempt from FDR such that they are taxed the same as New Zealand investments, i.e. they are taxable on dividends if the investment is held on capital account or on dividends and realised gains if held on revenue account. 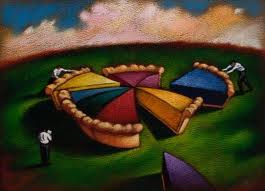 From 1 October 2007, investors in a PIE are taxed at their PIR even if they are a PIP. Akin to taking your cake and eating it.

A PIE is a Portfolio Investment Entity such as a super scheme or managed fund. A PIR or Prescribed Investor Rate is the tax rate that a PIE is able to use to calculate the tax on the income it allocates to you based on your unit holding in the PIE and your taxable income. Your PIR is 0% if you are a NZ resident and one of either a Charity, PIE, Superannuation fund, Trustee (who doesn't choose a 30% rate) or PIE Investor Proxy (PIP).

The PIR is the rate at which an investor's taxable income in a PIE will be taxed. The default PIR for individuals is 28% and is used unless you elect one of the lower rates of 10.5% or 17.5%. As a Trust, company or incorporated society the PIR is 0% as you file a tax return. Trusts however may elect a PIR of 17.5% or 28%.

(The above is a greatly simplified explanation at the time of writing – we recommend you consult a professional adviser.)